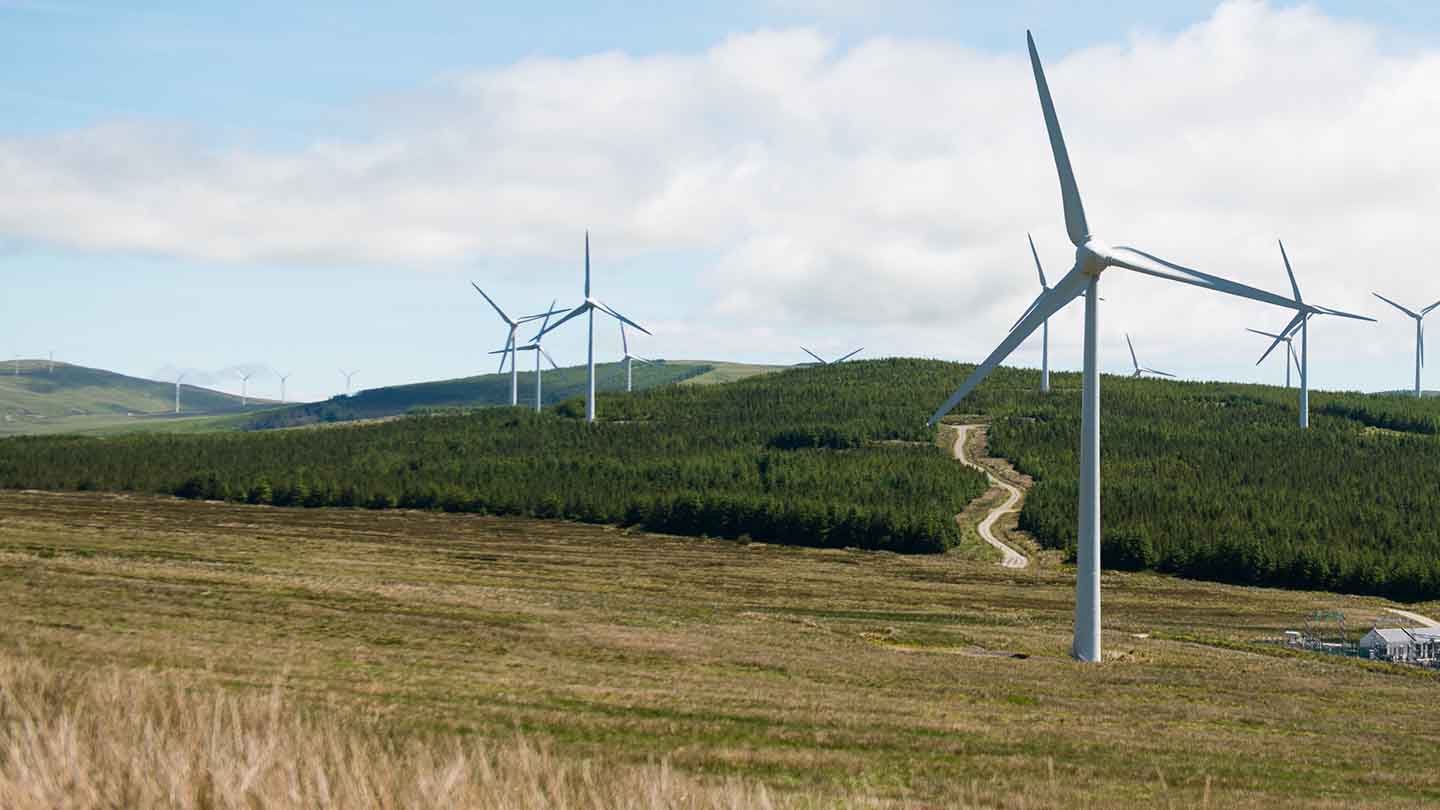 The Kennoxhead onshore wind farm cluster will be built in two separate phases, with the first expected to enter commercial operation in 2022.

Ørsted is preparing for the construction of the first phase of a new subsidy-free onshore wind farm at Kennoxhead in South Lanarkshire, Scotland.

The site is located on land south of the A70, near the village of Glespin on the Douglas Estate, in the planning authority area of South Lanarkshire Council.

Glespin is steeped in history, growing from a rural estate village in the 19th century to a thriving mining community in the 20th century.

After the Glentaggart coal mine closed in 2011, the Estate has embraced the transition from fossil fuels to green energy. Today, it is working actively with Ørsted on the Kennoxhead onshore wind project, which is central to Ørsted’s onshore wind development pipeline in the UK.

The Kennoxhead onshore wind farm cluster, with an anticipated installed capacity of 174 MW, will be built in two separate phases, with the first expected to enter commercial operation in 2022.

The second phase, which now includes a redesigned version of what was originally consented as Penbreck Wind Farm, is still in development, with an expected date to enter commercial operation in 2024. 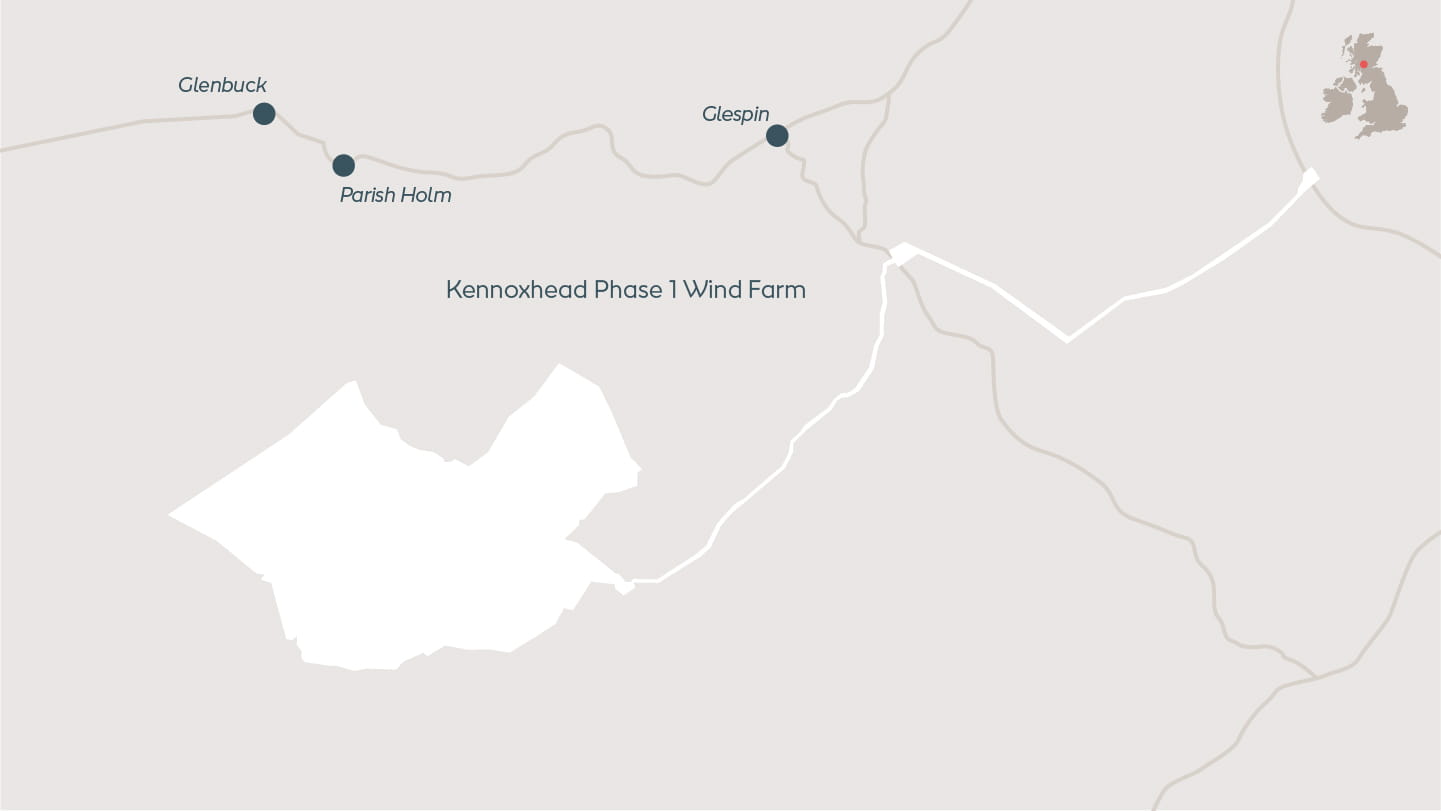 The first phase of the project consists of 13 Nordex N133/4.8 onshore wind turbines with a tip height of no more than 180 metres. The total installed capacity will be 62 MW.
Get the latest updates on phase 1 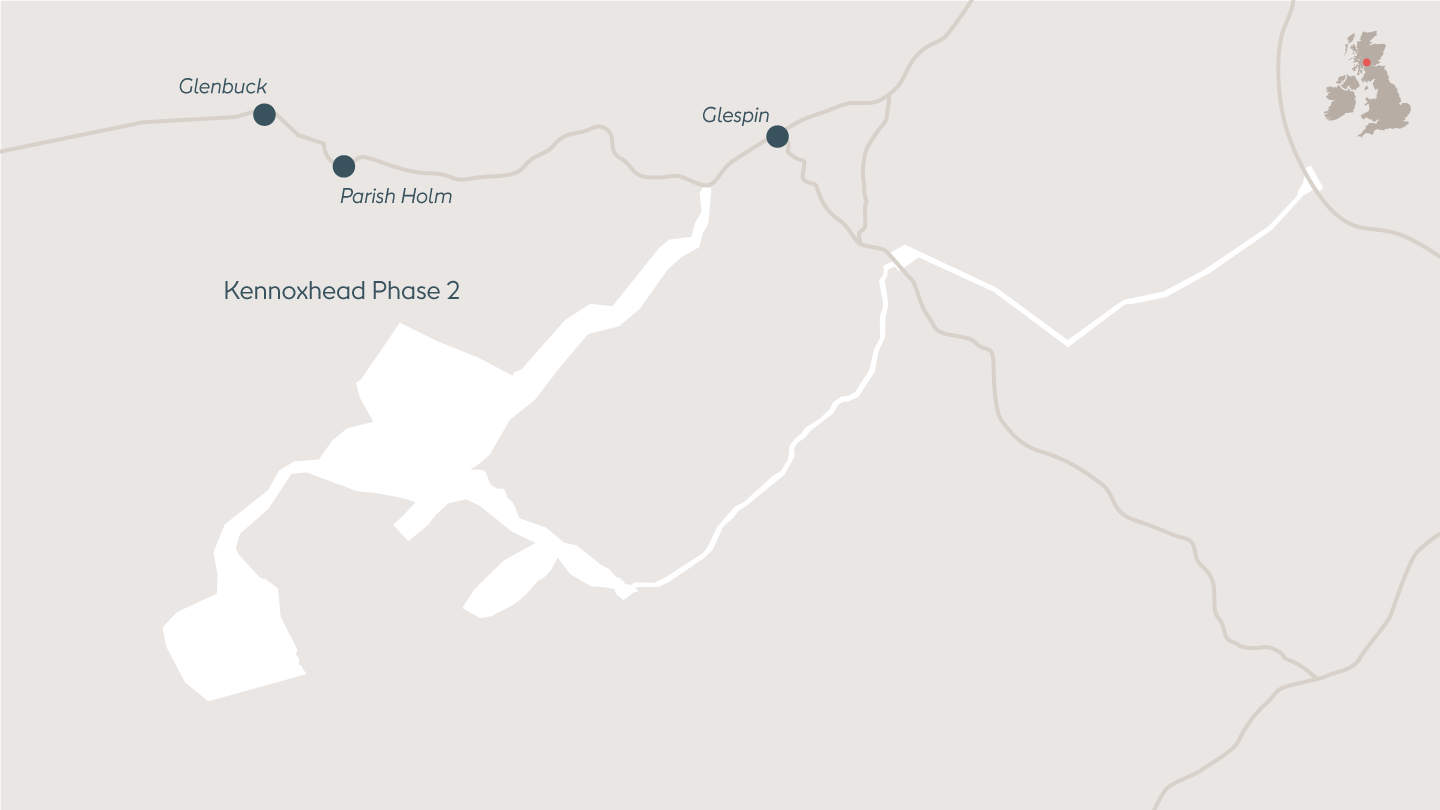 The second phase of the project comprises 14 onshore wind turbines, adding an anticipated 112 MW installed capacity.
Get the latest updates on phase 2 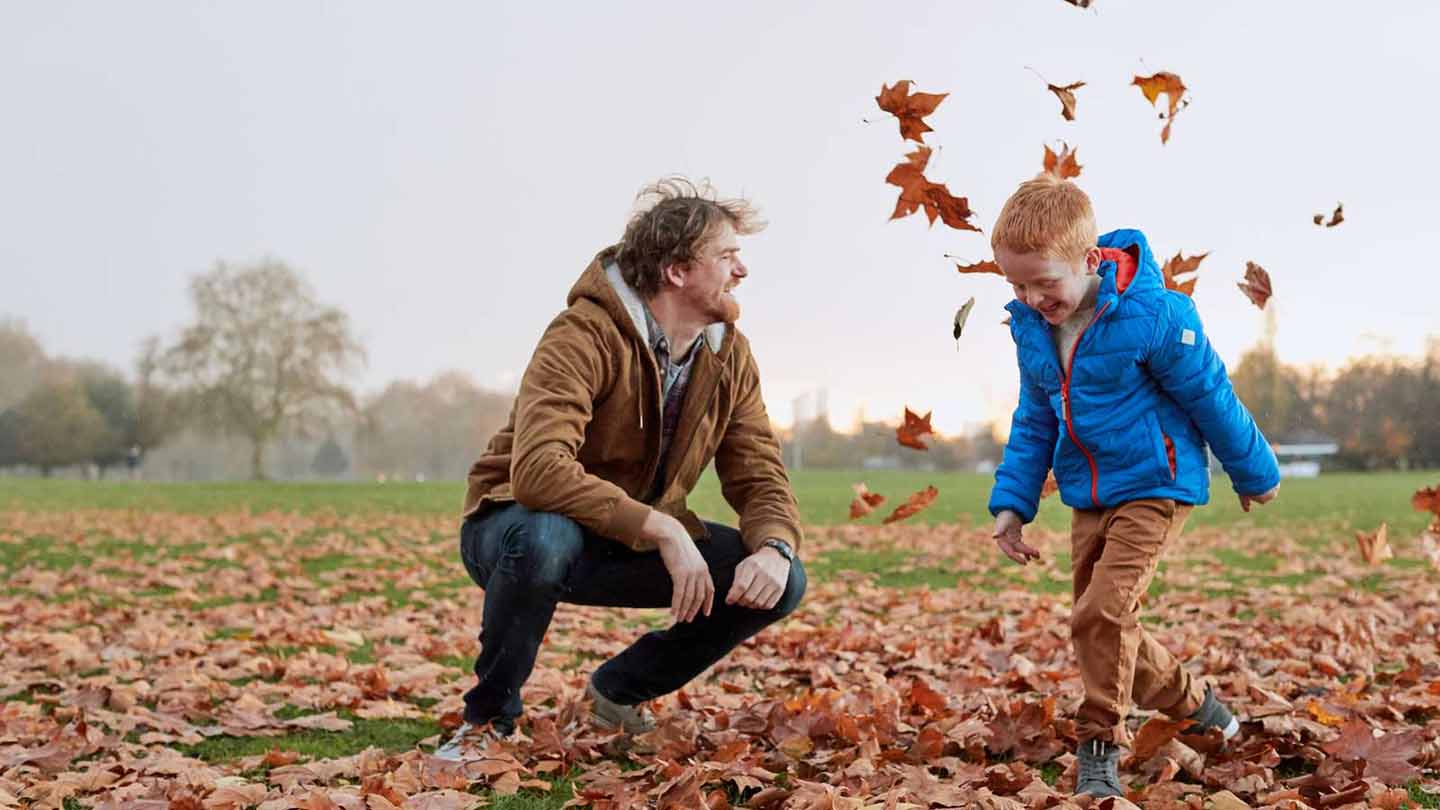 We are committed to consulting and engaging with the people who live and work near our projects.

Learn about the community benefits